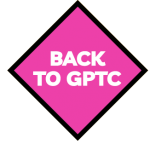 Gary is home to an often unseen community of talented artists, creators, and beautiful architecture. Downtown Gary's Art and History Fitness Trail highlights community, local and regional artwork, sculptures, and historic architecture and transit, inviting all to take a tour or visit and come together to revel in the shared passion for art, history, and culture.

The 40' sculpture, often called "The Steelworkers' Monument," was completed and dedicated in 2006 and installed to mark Gary's centennial. 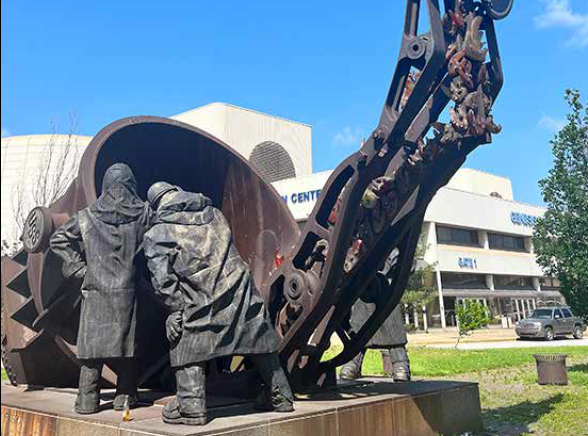 An interior wall of Gary's main library features a large mural by Felix "Flex" Maldonado and other artist like Tyrell Anderson of the Decay Devils. The Maldonado mural was unveiled in 2018 and depicted over 22 images. The artist is from East Chicago and has over 25 years of experience painting and drawing graffiti art. Maldonado is also known for murals of The Jackson 5 that were created downtown and in the Miller Beach area. 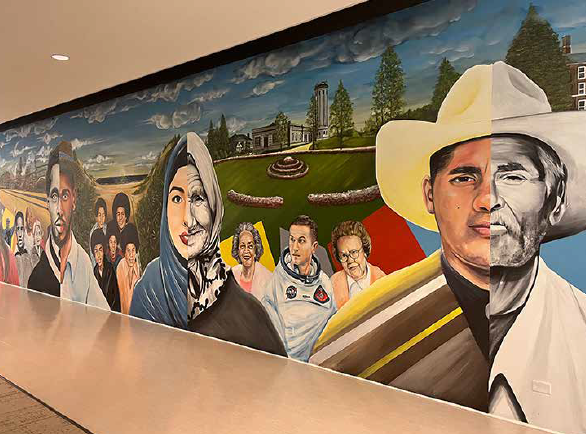 Built in 1926, this church was constructed in the Gothic Revival style, with gothic arch openings and stained-glass windows (now boarded and protected). Notice the iron fence with pineapple finials. Its last service was in 1983 and has been closed but maintained since. 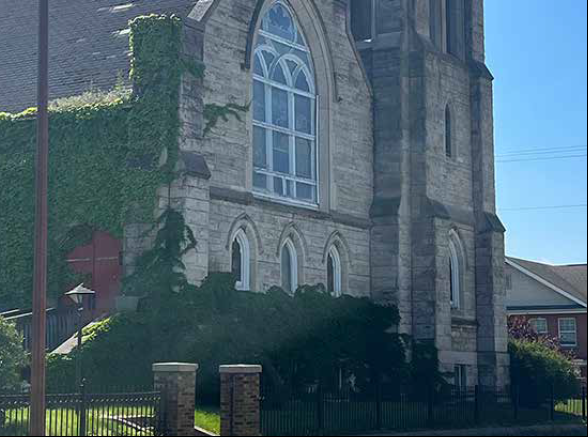 Construction began in 1925 on this Gothic Revival structure. With half of the building cost put up by U.S. Steel, this was one of the first million-dollar churches built in the U.S. and was the largest Methodist Church in the Midwest. In addition to the sanctuary, the building included a 1,000-seat auditorium, a gym, tennis courts, and a storefront. At its peak, church membership was near 3,000 people in 1952. Membership fell to 100 people, and in 1975 was ultimately forced to close. This massive nine-story building was designed in the English Gothic style, incorporating ornate stonework, countless molded arches, towering pillars, and large amounts of stained glass. The location is a popular urban exploration site and a frequent blockbuster film location. 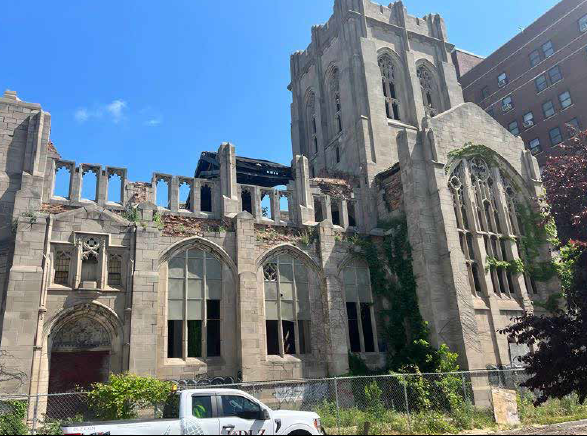 Designed by Charles Wheeler Nicol of Lafayette, this building was originally intended to have a middle tower that was never built. The towers were built in the Revival style in 1926 as the Hotel Gary. Its brochure advertised "a night's sleep away from the dirt and grime of Chicago." It closed in 1971 and was converted into senior housing shortly after. 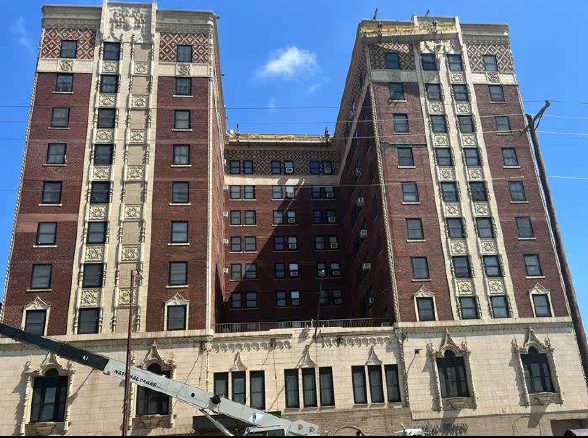 A local example of Italian Renaissance, the Dalton building complex anchors the eastern end of downtown Gary and offers a stunning presence above the 5th Avenue corridor. The building had long been vacant, but rehabilitation efforts, which began in 1999, finally came to fruition with a reopening in 2011. 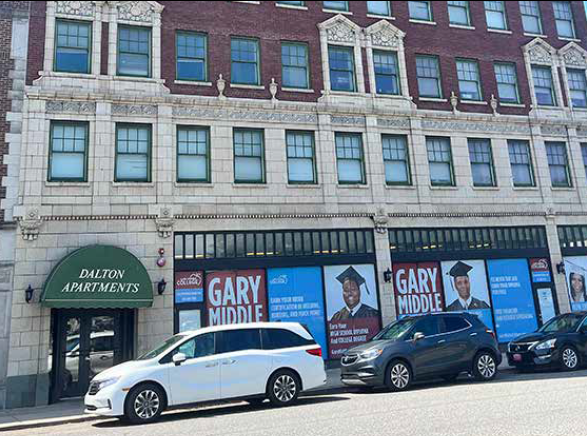 City Hall was completed in 1927 by Phillip Maher after his father and original architect George W. Maher's death. George drafted a Prairie-style design while his son created the existing Neoclassical, 4-story building with a Doric colonnade and dome, similar to the Lake County Courthouse. The City Hall building was part of a large Gateway Improvement plan in 1924, which called for a grand entrance into the City Hall from Union Station. 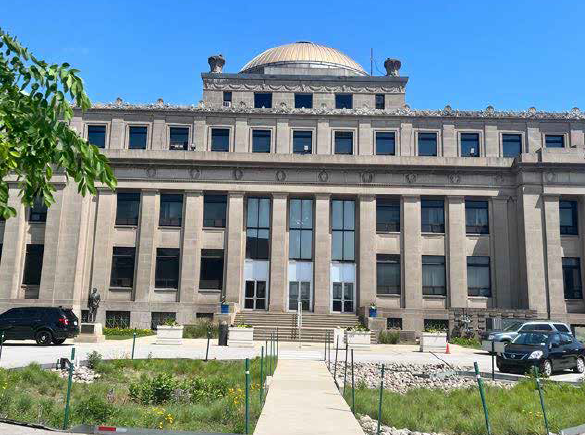 A unique destination of food, culture, and art, the ArtHouse provides access to a commercial kitchen where residents and emerging business owners rent kitchen space for pop-up food businesses. The art outside the building is called LIGHT LAB, done by artists Jeana Ripple and Barbara Wilson, who won the commission with their design. They used salvaged steel and cable material to wrap the building and provide the illuminated surface, strung with color filtering and patterned lanterns.

This statue honors Mayor Hatcher, one of the first two black mayors to be elected in major cities in the U.S. The bronze statue celebrates this historic win in 1967, which heralded changes in U.S. politics following the civil rights movement. He was 34 when he was elected and served five terms. The statue was erected and unveiled in 2018. 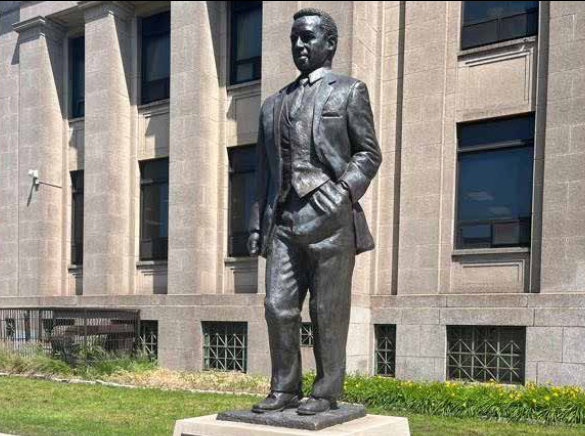 The bronze statue was sculpted and erected in 1927. Elbert Gary was the key founder of U.S. Steel, bringing together J.P. Morgan, Andrew Carnegie, and Charles Schwab. Named Gary in 1906, the city presented itself as a model community for steelworkers. 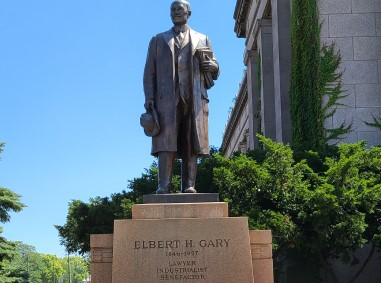 This piece, installed in 2018, was part of a public art contest supported by the City of Gary, Legacy Foundation, and the Knight Foundation. The contest allowed local artists to undertake creating art in public space within Gary. Through online voting, Jason Bord got a chance. Bord uses wood and woodworking skills in his art and has done large-scale place-making pieces in and around Indianapolis. 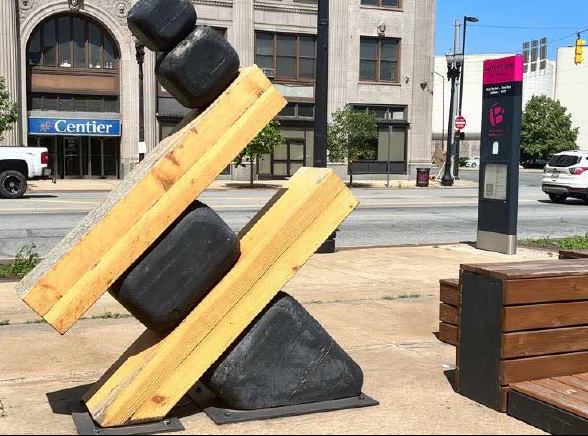 Initially constructed in 1906, the current building was completed in 1929 and exemplified the city's booming prosperity of the 1920s. Inside, you can see a towering colonnade and grand arched entry. In 2018 the Indiana Landmarks Northwest Field Office recognized Centier Bank with the Adaptive Reuse Award for transforming a storefront space in the historic building. 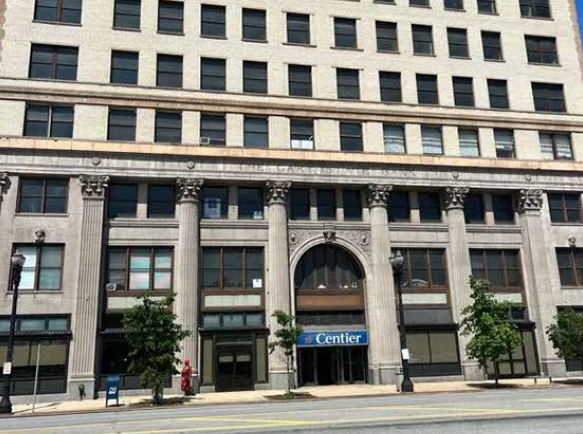 This sculpture was commissioned in 1985 by a prominent Chicago sculptor to create a piece for Gary's new regional transportation center. Mr. Hunt named the sculpture "Interchange" a proper name since the Metro Center links to rail, city bus, and interstate travel. There is a second Richard Hunt sculpture inside the Metro Center. 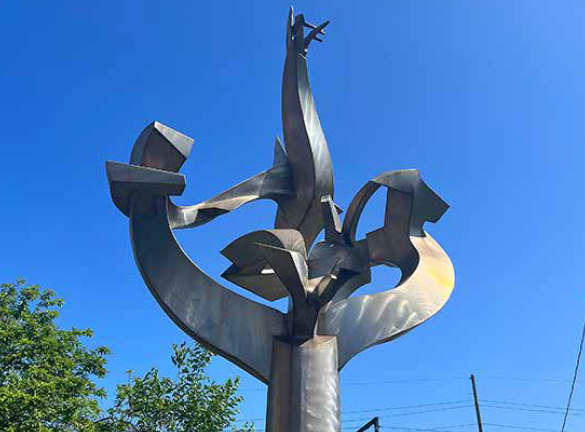 In 2018, both parking garages downtown were painted by Roe, a Chicago-based artist with murals and other artwork across the Chicagoland area. He creates largescale interior and exterior wall paintings that explore the intersections between wild-style graffiti and attractions, often influenced by the city grid systems and abstract art. 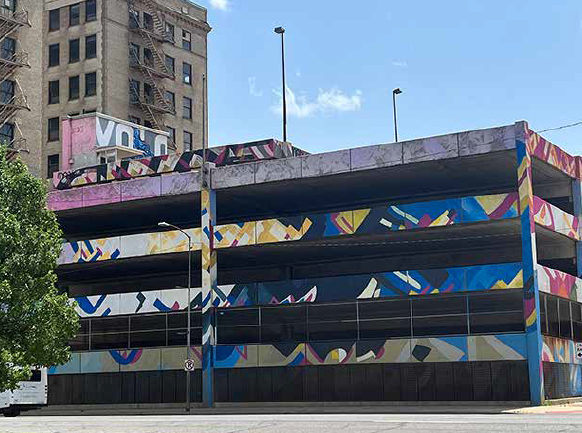 This Tudor/Classical Revival building was completed in 1929 as part of the Gateway Improvement Plan of the 1920s, along with Gateway Park and City Hall. The courthouse remains in use today and features a gold-colored dome and Doric columns, as does its twin domed structure, Gary City Hall. 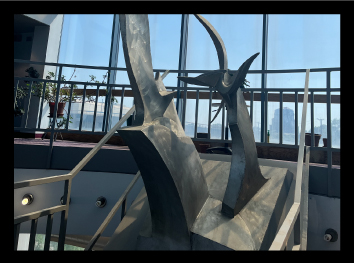 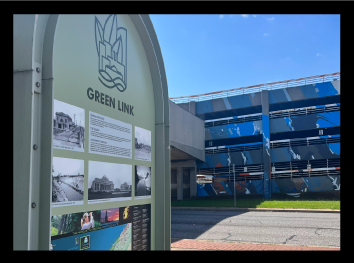 This park, along with City Hall and the County Court Building, was envisioned by the Gary Commerce Club as a "front door" to the city. The City and the Gary Public Transportation Corporation (GPTC) used federal transportation funds to re-image the park and Broadway's northern terminus in 2000. The location remains a popular site for festivals.

Built in 1906, it was the first permanent structure in Gary and housed their offices. It was also the first school and town hall for Gary. 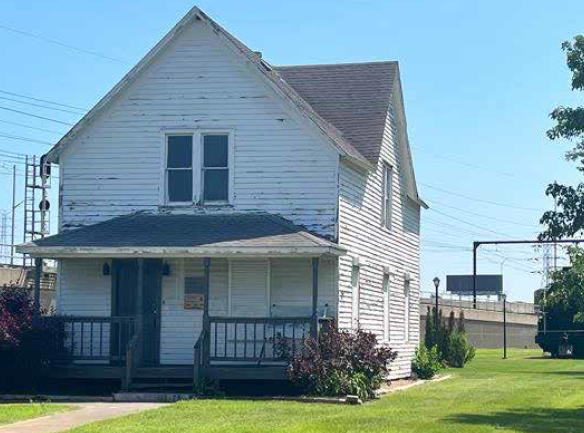 Built in 1910, the Union Station passenger and freight station supported the growing need for transportation in the young city. M.L. Lang designed and built the two-story station. The building was constructed between the Baltimore & Ohio rail line and the Lake Shore & Michigan line and is neo-classical style. 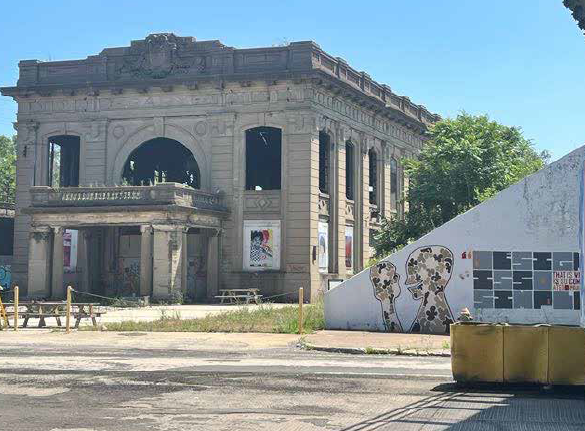 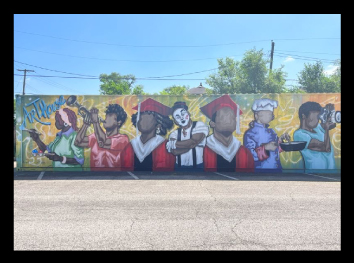 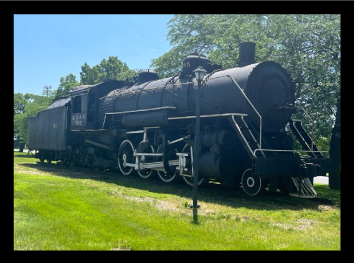 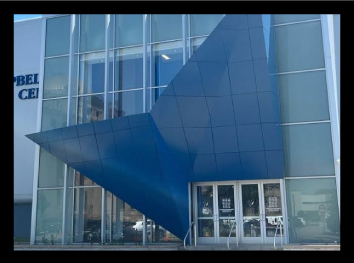 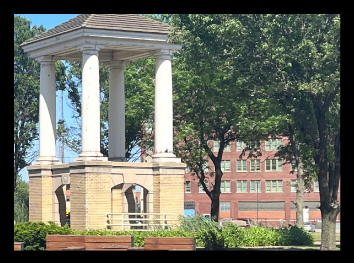 Gary is Home to Over 85 Public Art Projects

Preserving History one Landmark at a Time

is a movement to organize to fill the City of Gary with vibrant and thought-provoking public art.